Born in poverty in Houston, Texas, her early years were spent involved in the Baptist church—her father was a preacher and her mother a church teacher. The youngest of three children, she did well in school and graduated from high school in 1952 with honors.

Inspired by a speech by Edith S. Sampson that she had heard in high school, Jordan sought to become a lawyer and graduated from the Boston University School of Law in 1959. Returning to Houston in 1960, she passed the bar exam and started a law practice of her own.

After volunteering for the John F. Kennedy presidential campaign, Jordan campaigned unsuccessfully as a Democrat in 1962 and 1964 for the Texas House of Representatives. She finally achieved success when she ran for the Texas Senate in 1966. Reelected in 1968, she served as State Senator until 1972. During that time she sponsored or co-sponsored over 70 bills, most of which were concerned with civil rights and services for minorities and the poor. She was the first African-American female to serve as president pro tem of the State Senate and served one day, June 10, 1972, as acting governor of Texas.

In 1972, she was elected to serve in the U.S. House of Representatives, and it was here that she rose to national fame when she delivered what many believe to be one of the greatest speeches of the 20th century. On July 25, 1974, Texas Representative Barbara Jordan delivered a riveting 15-minute televised speech to open the House Judiciary Committee hearings on the impeachment process against Richard Nixon. Delivered in a restrained yet commanding manner, the address drew praise for its incisiveness, its clarity of thought, its gravitas, and its wisdom.

Defending the U.S. Constitution and emphasizing its system of checks and balances, the remarks outlined for the American people the Constitutional rules for impeachment and the provisions it makes for abuses of power. While not calling for the impeachment of President Richard Nixon outright, its force of argument and convincing description of Nixon’s actions as abuses of power persuaded many that impeachment was the correct course. Nixon resigned the presidency on August 9, 1974, before impeachment proceedings took place.

In 1976 Jordan was considered as a possible running mate for Jimmy Carter, a position that ultimately went to Walter Mondale. But the national spotlight shone on her again when she became the first African-American woman to deliver the keynote address at a major party convention later that year. Understanding the significance of such a gesture from the Democrats, her speech was optimistic and hopeful, and “evidence that the American Dream need not be forever deferred,” as she put it.

Predicting the division and bitterness that characterize America today, Jordan warned about falling prey to regionalism, cultural differences, and what we now might call tribalism, that lead to gridlock, paralysis, and despair. Calling for harmony and cooperation, she urged Americans to “define the ‘common good’ and begin again to shape a common future. Let each person do his or her part.”

Jordan retired from politics in 1979 to teach ethics at the Lyndon B. Johnson School of Public Affairs, a graduate school at the University of Texas at Austin. She delivered a second keynote speech at the Democratic National Convention in 1992.

Barbara Jordan was awarded the Presidential Medal of Freedom by President Bill Clinton in 1994. That same year she was also awarded the Spingarn Medal from the National Association for the Advancement of Colored People (NAACP). She received many other honors throughout her life and was given over 20 honorary degrees, including degrees from Harvard and Princeton.

Although she never came out publicly, Barbara Jordan is now identified as lesbian by some sources. In the late 1960s, on a camping trip, she met her life partner of nearly 30 years, educational psychologist and teacher Nancy Earl. Earl assisted Jordan in writing speeches, and when Jordan was diagnosed with multiple sclerosis in 1973, Earl became her caregiver. In 1988 Jordan almost drowned in her backyard swimming pool while doing physical therapy exercises, but was revived by Earl who discovered her body floating in the pool.

Jordan died at the age of 59 due to complications from pneumonia on January 17, 1996, in Austin, Texas.

At her funeral, President Bill Clinton said, “Whenever she stood to speak, she jolted the nation’s attention with her artful and articulate defense of the Constitution, the American Dream, and the common heritage and destiny we share, whether we like it or not.”

Remembered for her work, her outspoken activism, and her dedication to the poor and disenfranchised communities, her legacy continues in the many schools and public buildings named for her. A statue of her was unveiled in 2009 at the University of Texas at Austin, where she was teaching when she died. In 2011 the United States Postal Service released a Barbara Jordan forever stamp as the 34th stamp in the Black Heritage series.

Today her memory is invoked by the Barbara Jordan/Bayard Rustin Coalition, a non-profit that works to “empower black, same-gender loving, lesbian, gay, bisexual, and transgender individuals and families in Greater Los Angeles to promote equal marriage rights and to advocate for fair treatment of everyone without regard to race, sexual orientation, gender identity or gender expression.” 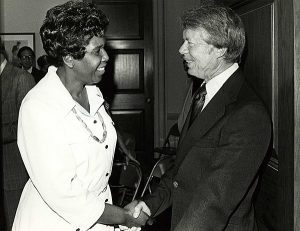 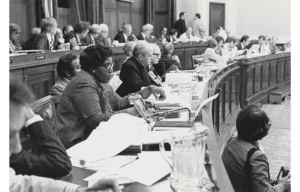 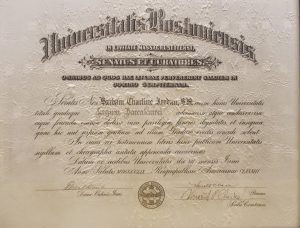 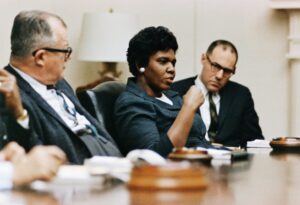 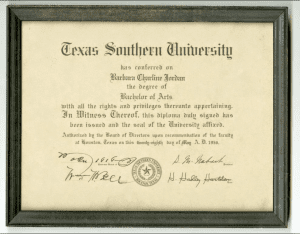