Between the years 1919 and 1933, that is, between the end of World War I and the rise of the Nazi party, LGBTQ+ persons in Berlin, Germany, enjoyed an unprecedented era of openness and freedom the likes of which would not be seen again until the heyday of gay liberation in post-Stonewall 1970s’ New York and San Francisco. During this particularly volatile period, known as the Weimar Republic, a profusion of nearly 100 gay (and to a lesser extent, lesbian) clubs took root and blossomed throughout Berlin, and a large number of events, balls, publications, and political activities flourished against a remarkable background of economic chaos, political violence, and progressive and regressive thinking. The gradual rise of Adolph Hitler and his fascist ideology ultimately brought the period to a sudden and horrific end.

Before that day, however, LGBTQ+ men and women for the first time in the modern era freely gathered in cafes, dance halls, and night clubs, living somewhat openly in a mostly tolerant society. Berlin’s notoriety for its acceptance of gay and lesbian people attracted outsiders from around the world, such as British writer Christopher Isherwood, who documented the joy, perversity, creativity, and disturbing political aura of the scene in The Berlin Stories, a collection of detailed reminiscences that later became the basis for a stage play, I Am a Camera (1951) and the theatrical and film productions, Cabaret (1966 and 1972, respectively).

Travel guides give a glimpse into a vibrant gay past

Tourist guides and visitor accounts of the time give a glimpse into a fascinating world of bars high and low, of costume balls where masked and elaborately costumed participants paraded discreetly in search of their heart’s desire, of male prostitution and cross-dressing millionaires, and of an international set that was alternately terrified and delighted by the sometimes shocking, sometimes sentimental cabaret acts and theatrical offerings.

Visitors to the crowded clubs were entertained and titillated by a wide variety of offerings. In one, they might gaze upon nude women posed in artistic tableaux, in another, comics told off-color jokes and sang obscene songs. Smaller bars with cheap beer and just a piano to entertain the men who mingled with each other contrasted with larger nightclubs with full dance bands and elaborate floor shows. Of particular interest to tourists were the clubs that featured female impersonators, such as the Eldorado, perhaps the most famous queer nightclub in Berlin. Frequented by film stars, artists, writers, and tourists simply hoping to see someone famous, its upbeat entertainment and degenerate atmosphere were a popular mix. Thus the city was to some a symbol of progress and liberation and to others a frightening example of the evils and moral dangers of modern urban life.

For homosexual men and lesbian women, however, Berlin was an exciting frontier where they could explore their identity in relative safety and camaraderie. Bars and cafes were filled with lively crowds who sometimes sang together, or danced to the popular music of the day, men leaning on men and women on women. Certain bars attracted a younger crowd, others an older one, and some crowds of mixed ages.

Cafes and cabarets were not the only attraction for Berlin’s residents. Films depicting sympathetic views of homosexuality were playing in the cinemas. The many news kiosks around town sold publications directed at gay and lesbian readers. There were even protests held to deplore negative stereotypes of gay life on the stage.

How is it that this vigorous LGBTQ+ movement was able to thrive in such a luxurious fashion when it was so repressed elsewhere? Historians have suggested at least a couple of reasons. First, there had been since the late nineteenth century an ongoing and rather liberal discussion in medical and psychiatric circles about sexuality in general, and homosexuality in particular.

Magnus Hirschfeld, a Jewish German physician, was one such early sexologist who advocated for greater acceptance of homosexuality. Observing the variety of sexual expression in the world around him, he and other physicians like him began to see homosexuality and “transvestitism” (a term that included what today we call transgender) as a natural form of human sexuality and not a sexual “derangement.” Hirschfeld founded the Scientific-Humanitarian Committee in 1897. Its purpose was to advocate for social recognition of gay, lesbian, and transgender men and women and called for an end to their legal persecution. It was the first LGBTQ+ rights organization in history. In 1919, he co-wrote and acted in “Different from the Others,” which starred Conrad Veidt and was one of the first films to feature a gay character.

That same year he opened the Institute for Sexual Research in a villa not far from the Reichstag. In addition to a vast archive and library of sexual subjects, the Institute also housed a Museum of Sex, which was visited by groups of students from schools in Berlin. The Institute’s clinical staff of psychiatrists, gynecologists, endocrinologists, and dermatologists were available for medical consultation and advice. The Institute was the site of the first sex reassignment surgery, and it became a kind of haven for transgender men and women who were able to stay there if they found themselves in need of shelter.

A second reason for the emergence of the energetic queer scene in Berlin is offered by author Robert Beachy in his book Gay Berlin: Birthplace of a Modern Identity. Although sodomy was against the law throughout Germany, and had been since 1871, the police had taken a rather progressive and tolerant approach to enforcing the anti-gay statute from at least the 1880s, when the police commissioner at the time, one Meerscheidt-Hüllessem, realized that convictions for the offense were nearly impossible to get without a confession, which most defendants were reluctant to give, or an eyewitness, which given the private nature of the crime was also quite difficult to provide. In a move of remarkable pragmatism, Meerscheidt-Hüllessem decided it was more effective to simply monitor and keep tabs on suspected homosexuals than to try to arrest and convict them. Thus, starting in the 1880s, the police’s hands-off policy led to a kind of permissive atmosphere that allowed networks of LGBTQ+ persons to survive and gradually grow into the scene as it appeared in the ’20s and ’30s, a scene that was not duplicated in any other modern city.

The Rise of the Nazis

Throughout the Weimar era, Adolph Hitler and the Nazis were gaining political strength. Although some Nazis were known homosexuals, notably Ernst Rohm, who was head of the Sturmabteilung, or SA, the largest Nazi militia, and was considered Hitler’s best friend, there was also a belief among the Nazis that the homosexual rights movement was “degenerate,” and a Jewish creation, in part because of the large number of Jewish physicians and jurists who supported it. As Nazi power grew, intolerance against the LGBTQ+ community also increased. A backlash against “inverts” began to be felt. Violent attacks increased, and fear began to spread.

Then, in a rapid series of events—Hitler coming to power in 1933; a raid on the Institute of Sexual Research, also in 1933, when it’s library and archives were hauled out the building and burned and its active leader arrested; the “Night of the Long Knives” in 1934, in which Ernst Rohm and other leaders of the SA were executed in extrajudicial killings in order to consolidate Hitler’s hold on the party; and the expansion and amending in 1935 of the existing anti-homosexual law to be even more draconian and punitive–the glittering era of LGBTQ+ freedom came to a close. 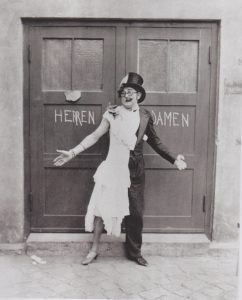 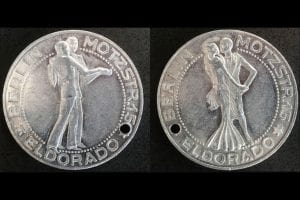 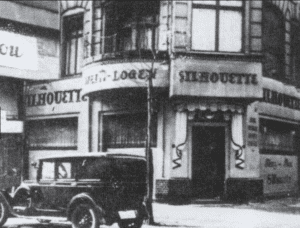 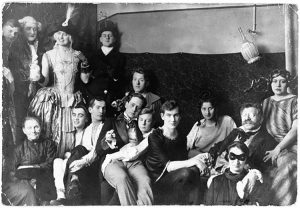 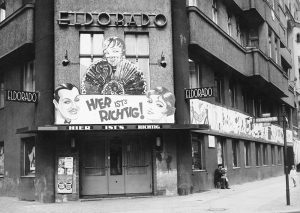 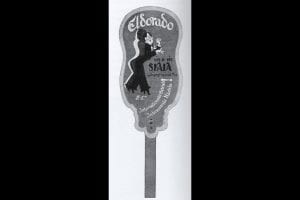 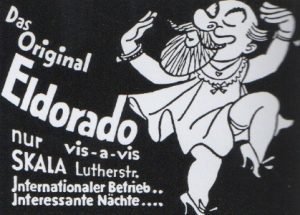 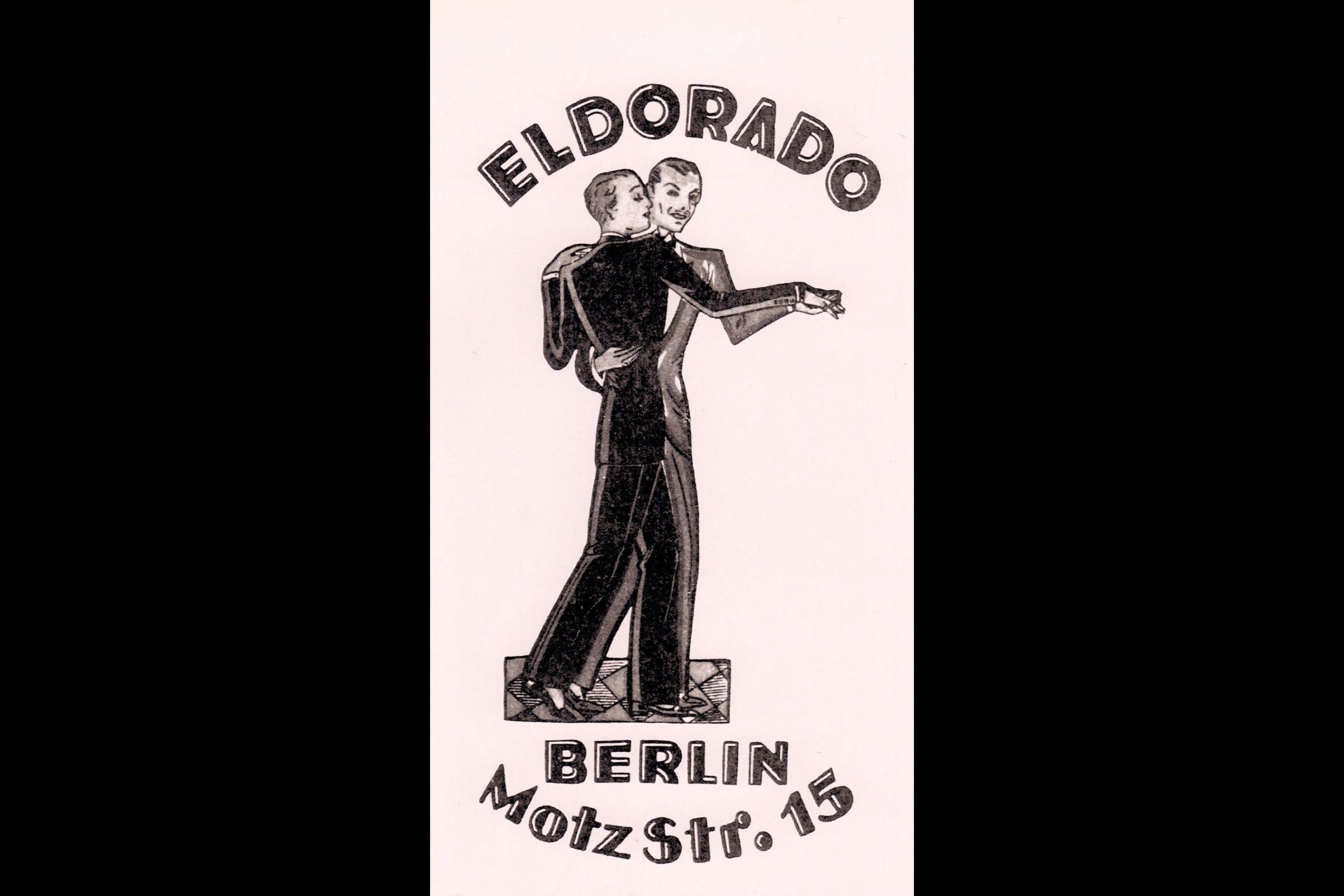 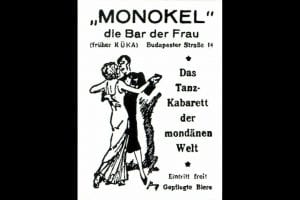 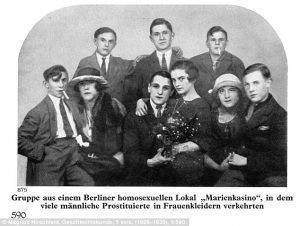 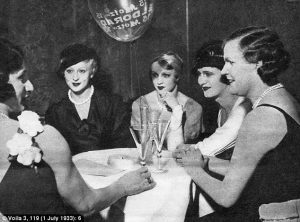 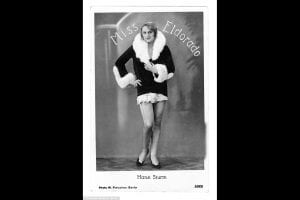 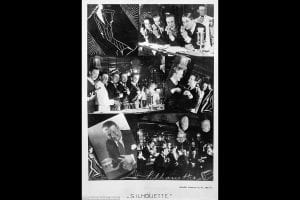 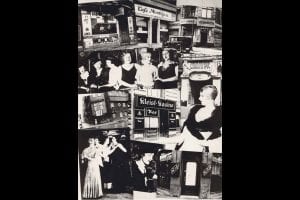 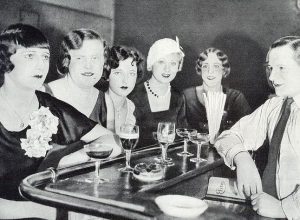