In June of 2015, Prumsodun Ok (pronounced awk), an American-born Cambodian whose parents fled the oppression of the Khmer Rouge, decided to form his own dance company. He put out a casting call for an audition at a local venue, not knowing what to expect. When twelve dancers showed up, he decided to train them all. Rehearsing for months in the wood-floored living room of his apartment, it did not take Ok long to realize that he had created something special. In August 2016 the troupe, called “Prumsodun Ok and NATYARASA,” had their premiere as a company at the Department of Performing Arts in Phnom Penh. Playing to a packed house, the performance was a huge success, and the audience was abuzz with praise for Ok and his dancers.

Khmer classical dance was developed more than 1,000 years ago among village people in Cambodia as an offering to the gods. The dancers, in an act of beauty and discipline, performed the dance as a prayer, a request for rain upon the fields, so that the earth might produce the bounty necessary for their survival. In the serpentine gestures and curvilinear movements of the dance, one can imagine the coursing rivers and running streams that spread across the land, bringing sustenance to every living thing. Like the spreading waters, the dance form spread rapidly among the people, and soon it reached the highest levels of society, even to the palaces of the King and his court, where it eventually became a symbol of national identity and tradition.

The ancient tradition of the dance was eliminated nearly completely when the Khmer Rouge took control of Cambodia in 1975. In the zealotry of the revolution, an entire third of the Cambodian population died of starvation, disease, overwork, or political execution. Among those killed were 90% of the traditional Khmer classical dance artists.

Men play all the roles

Ok was captivated by the beauty of the classical dance as a young boy in Long Beach, California. After observing his sister learning the dance form from one of the survivors of the Khmer Rouge, he asked if he too could train, even though the dance form was traditionally practiced by women only. His parents agreed, and he went on to become one of the leading choreographers of the traditional dance style.

Ok’s unconventional dance troupe draws heavily from the classical tradition, but with men playing all the roles, including those usually played by women, the company introduces surprising juxtapositions of gender, costume, and music. Sometimes Ok will use traditional music, dance, and costume to tell a story of gay love and marriage, or perhaps he will take a traditional dance and set it to modern pop music and use nontraditional costumes. By dashing audience expectations, Ok is able to raise questions about masculinity, misogyny, homophobia, gender roles, tradition versus innovation, and other topics of interest to modern audiences, Cambodian and otherwise. In this way NATYARASA serves a dual purpose: to be a caretaker of an endangered art form while at the same time infusing it with new life, thus transforming it into something that more accurately reflects the diversity of Cambodian society.

The ancients believed that the dancers were bridges from the people to the gods, and from the gods to the people. For Ok, the dance is a deeply spiritual experience, a sacred act that allows him to remember and reconnect to the Cambodian past. Yet even as he looks to the past for inspiration, he also pushes the art form forward with his vision of a more inclusive community, a more compassionate Cambodia, a more accepting world.

For Ok, the role of the artist is to make the rain fall, to water the land, to bring it and its people to life. His sense of responsibility is strong, a conviction perhaps fueled by the knowledge that even as he experiences the freedom to be himself, other gay men live in countries where they are not tolerated and are subject to state-sponsored terror. In this context, Ok’s gift of dance is an act of love that serves as a gesture of protest in a world of violence.

In February 2018, Prumsodun Ok and the dancers of NATYARASA became residents of the new Java Creative Café in Phnom Penh, which has a theater where they can rehearse, expand training opportunities for youth, and perform for the tourist market. 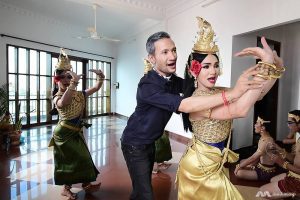 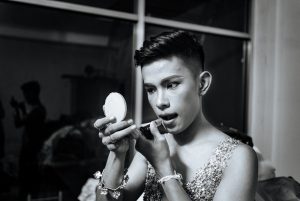 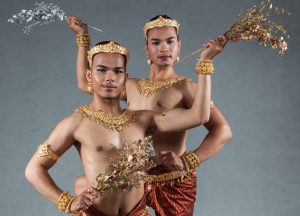 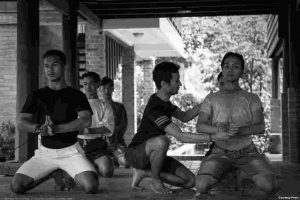 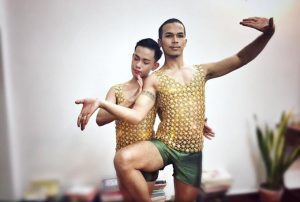 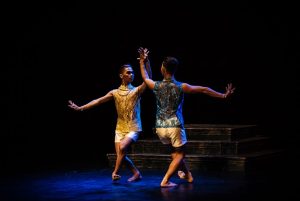 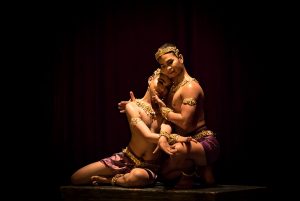 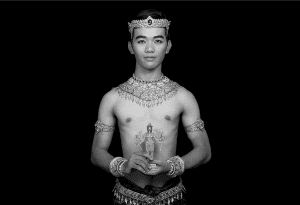 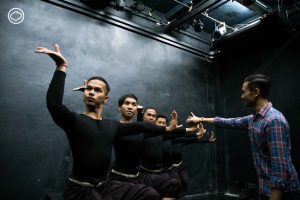 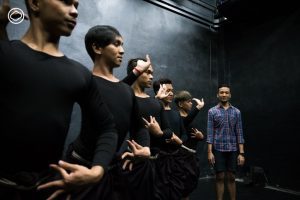 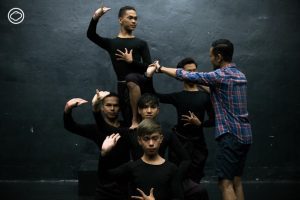 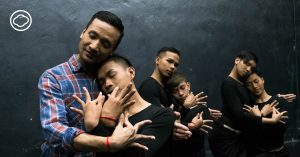 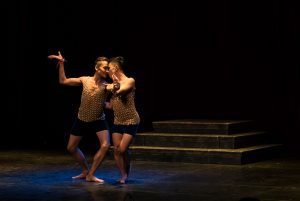