The People’s Mosque, founded in Cape Town in 2009 by Imam Muhsin Hendricks, is an inclusive house of worship that gives LGBTQ+ Muslims a refuge from orthodox intolerance, a place where they may be themselves without fear of judgment or condemnation.

The People’s Mosque has attracted a wide variety of Muslims seeking to reconcile Islam with their sexual orientation, from those who have undergone rituals designed to “change” their orientation, to those who wish to actively construct a more inclusive model of their ancient faith.

The People’s Mosque is an outgrowth of an earlier venture, the Inner Circle, a support group that Hendricks founded in 1996. That pioneering group was also designed to help LGBTQ+ Muslims reconcile their faith and their sexual identities, and over the years evolved from a small group of groundbreaking initiates seeking community into a more professional organization that not only helped participants process their trauma but also provided advanced levels of advocacy and training. The Inner Circle was always controversial, however, and operated under a constant barrage of criticism and opposition from orthodox Islamic leaders. Eventually the controversy led to Hendricks’s expulsion from his traditional mosque.

Reaction in Africa and the broader Muslim world

Although South Africa is more tolerant than other African countries, with same-sex marriage being legal for more than a decade, the people have been slow to change. Recent surveys show that 72% of the population still believes same-sex sexual activity is immoral. Nevertheless, Hendricks believes that the future will be more inclusive, and that the call to prayer will eventually welcome all Muslims, regardless of their gender identity and sexual orientation.

For Muslims who identify as LGBTQ+, reconciling their identities with their faith can be difficult. In many countries in Africa, being LGBTQ+ is not only considered a sin, it is illegal. In Somalia, Southern Sudan, and parts of Nigeria, same-sex sexual activity is punishable by death. For LGBTQ+ Muslims in these countries, living under this intolerance often leads to loneliness, drug and alcohol abuse, irresponsible sexual activity, and suicide.

Reaction in the broader Muslim world has been mixed. There are those who see it as a sacrilege, and who feel that Hendricks should be thrown from the highest mountain. But there are some who are more tolerant, perhaps because Hendricks has provided a space for those with whom they would rather not work. Despite the ongoing controversy, however, the People’s Mosque survives, and has inspired other alternative places of worship to appear in the surrounding community.

Son of a cleric comes out

Hendricks, whose grandfather was a Muslim cleric, was born into an orthodox Muslim family. Now in middle age, he came out at 29 after being married for six years and fathering three children. From that point on he decided to stop living a double life and dedicate himself to resolving the conflict between his traditional religion and his lived experience.

“This is who I am and if that means I am going to be killed because of my authenticity, then that is how I choose to meet God,” he says.

Today, a prayer meeting at the People’s Mosque may serve as many as 300 worshipers, with men and women praying and studying side by side. Hendricks now travels the world, continually spreading his message of inclusivity and tolerance to Muslims around the globe. 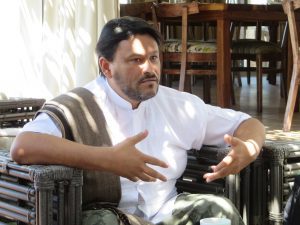 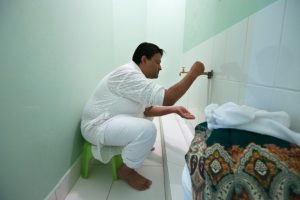 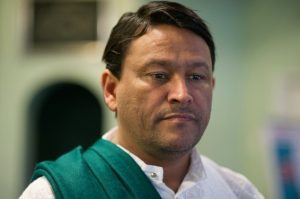 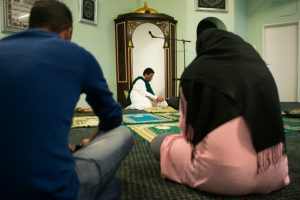 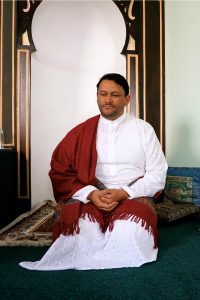 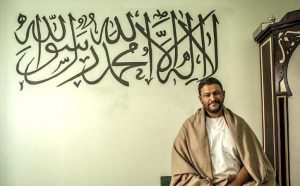 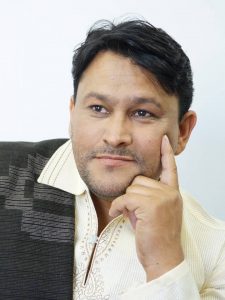 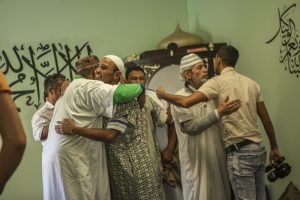 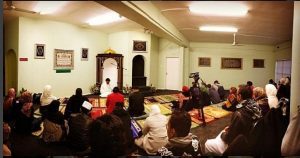