Tom of Finland’s Stamp of Approval


In a move that delighted the world’s LGBTQ+ philatelists, the first intentionally homoerotic postage stamps were released by Itella, the Finnish postal service, on September 8, 2014. The miniature sheet, designed by graphic artist Timo Berry, commemorates the unapologetically gay art of Touko Laaksonen (May 8, 1920–November 7, 1991), who is better-known to the world as Tom of Finland.

Of the three first-class self-adhesive stamps, two depict sections from a drawing of a nude man sitting between the legs of another man dressed as a police officer, a cigarette in his mouth; the other depicts a nude backside with a man’s face peering between the legs.

The release of the stamps was accompanied by the exhibition “Sealed with a Secret—Correspondence of Tom of Finland” in the Finnish Postal Museum.

The Finnish postal service reported a record amount of interest in the stamp issue, including pre-orders from 178 countries. Itella planned to produce 200,000 sheets.

Touko Laaksonen was a Finnish artist notable for his stylized homoerotic fetish art and his influence on late twentieth century gay culture. He was called the “most influential creator of gay pornographic images” by cultural historian Joseph W. Slade.

Over the course of four decades he produced some 3,500 illustrations, mostly featuring homomasculine archetypes such as lumberjacks, motorcycle policemen, sailors, bikers, and leathermen with exaggerated primary and secondary sex traits and tight or partially removed clothing.

Laaksonen was born and raised by a middle-class family in Kaarina, a city in southwestern Finland, near the city of Turku. In 1939, at the age of 19, he moved to Helsinki to study advertising. In his spare time he started drawing erotic images for his own pleasure. His drawings were based on images of masculine laborers he had seen from an early age. In February 1940, he was conscripted into the Finnish Army. He later attributed his fetishistic interest in uniformed men to encounters with men in army uniform, especially soldiers of the German Wehrmacht serving in Finland at that time. “In my drawings I have no political statements to make, no ideology. I am thinking only about the picture itself. The whole Nazi philosophy, the racism and all that, is hateful to me, but of course I drew them anyway—they had the sexiest uniforms!”

In 1956 Laaksonen submitted drawings to the influential American magazine Physique Pictorial, which premiered the images in the spring 1957 issue; he was also featured as the cover artist with an illustration of two log drivers at work. The editor of the magazine credited them to Tom (which he derived from “Touko”) of Finland.

The post-World War II era saw the rise of the biker culture as rejecting “the organization and normalization of life after the war, with its conformist, settled lifestyle.” Biker subculture was both marginal and oppositional and provided postwar gay men with a stylized masculinity that included rebelliousness and danger, which were absent from dominant gay stereotypes. In mainstream culture the image of gay men was generally the effeminate sissy as seen in vaudeville and films going back to the first years of the industry. Laaksonen was influenced by images of bikers as well as the artwork of George Quaintance and Etienne, among others, which he cited as his precursors; they were familiar to gay readers of homoerotic physique magazines starting in 1950. Laaksonen’s drawings of bikers and leathermen capitalized on the leather and denim outfits that differentiated those men from mainstream culture and suggested they were untamed, physical, and self-empowered. This contrasted starkly with the mainstream image of the psychologically sad, sensitive, and passive young gay man.

Laaksonen’s style and content in the late 1950s and early 1960s was partly influenced by the U.S. censorship codes that restricted depiction of “overt homosexual acts.” His work was published in the beefcake genre that began in the 1930s and predominantly featured photographs of attractive, muscular young men in athletic poses, often shown demonstrating exercises. Their primary market was gay men, but because of the conservative and homophobic social culture of the era gay pornography was illegal and the publications were typically presented as dedicated to physical fitness and health. They were often the only connection that closeted men had to their sexuality. By this time, however, Laaksonen was rendering private commissions, so more explicit work was produced but remained unpublished.

In the 1962 case of MANual Enterprises v. Day, the United States Supreme Court ruled that nude male photographs were not obscene. Soft-core gay pornography magazines and films featuring fully nude models, some of them tumescent, quickly appeared, and the pretense of being about exercise and fitness was dropped as controls on pornography were reduced. By the end of the 1960s the market for beefcake magazines collapsed. Laaksonen was able to publish his more overtly homoerotic work and it changed the context with “new possibilities and conventions for displaying frontal male nudity in magazines and movies.” Laaksonen reacted by publishing more explicit drawings and stylized his figures’ fantastical aspects with exaggerated physical aspects, particularly their genitals and muscles.

Art critics have mixed views about Laaksonen’s work. His detailed drawing technique has led to him being described as a master of pencil work, while in contrast a reviewer for the Dutch newspaper Het Parool described his work as “illustrative but without expressivity.”

There is considerable argument over whether his depiction of “supermen” (male characters with huge sexual organs and muscles) is facile and distasteful, or whether there is a deeper complexity in the work which plays with and subverts those stereotypes. For example, some critics have noted instances of apparent tenderness between traditionally tough, masculine characters, or playful smiles in sado-masochistic scenes. 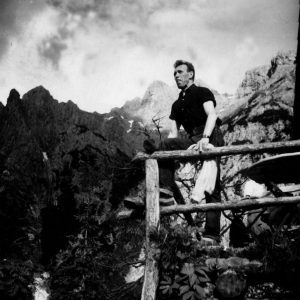 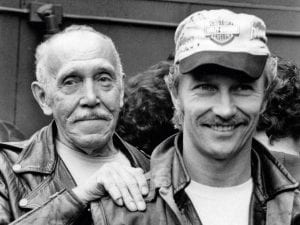 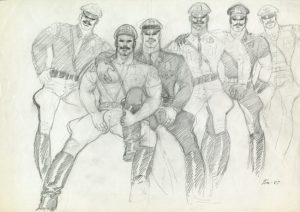 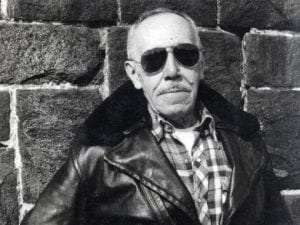 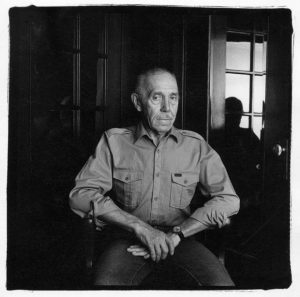 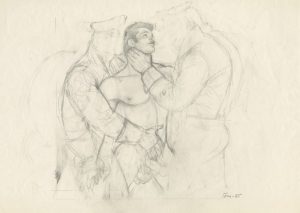 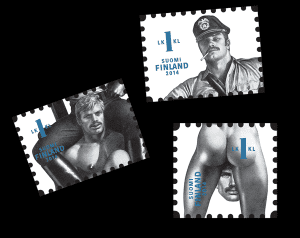 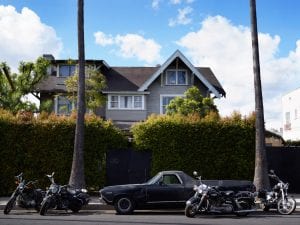 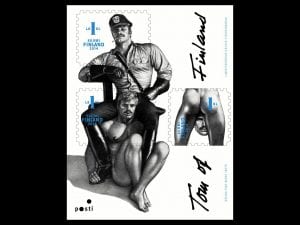 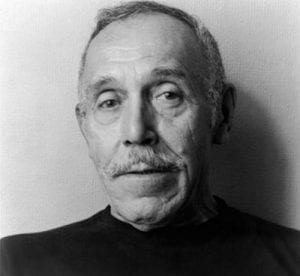 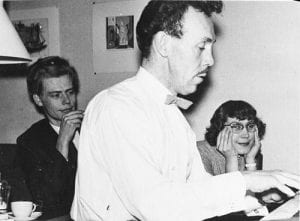