The wakashu (roughly translated, “beautiful youths”) is a word from the Edo period in Japan that describes young men who had reached puberty but had not yet attained full-fledged manhood and who were eligible for sexual relations with both women and men. The wakashu are sometimes called traditional Japan’s third gender.

During adolescence, when the wakashu were sexually mature but free of adult responsibilities, it was socially acceptable for them to be enjoyed as sex partners by both women and men. Considered to be at the height of their beauty, these young men played an important role in the sexual and social practices of the Edo period, and enlighten us today about the gender fluidity present in traditional Japan.

A time of peace and strict hierarchy

The Edo period of Japan, the two-and-a-half centuries between 1603 and 1868, was a time of relative peace. After enduring years of fighting between warring samurai, the country gradually settled down. Isolated from the rest of the world, traditional Japanese culture deepened and developed into a highly original expression, one saturated in originality, ingenuity, and beauty.

During the Edo period, social organization was complex and hierarchical, and life was dominated by a strict set of expected behaviors, and by a seriously enforced stratification of class and age.

The woodblock print as historical record

Much of our knowledge of the wakashu comes from the traditional woodblock prints that were common to the age. Identified by a unique hairstyle–a shaved triangle in the hair at the top of the head and side locks—wakashu are easily spotted in many of the prints that still exist today. Hair styles played an important part in sexual identity, with adult men fully shaving the top of their head and leaving side locks, young women wearing combs and hairpins, and women in general wearing elaborate hairdos.

In these prints, we see a variety of sexual practices: men or women together with the adolescent wakashu; male prostitution; men cross-dressing as women; and men impersonating women on the Kabuki stage. The wakashu are shown to be beautiful and desirable, sometimes playing a feminine role in that they are practicing the traditional feminine arts such as flower arranging or the playing of certain musical instruments. The prints, which range from simple scenes of everyday life to more explicit erotica, reveal a society where gender identity is not necessarily fixed, and where sexual experimentation is socially acceptable within certain, defined boundaries.

The wakashu are seen in a positive light, in one image a group of youths playfully tickling a Buddhist monk, serving him alcohol, and holding him down, a scene of foreplay to male-male sex. In another, a woman secretly passes a note to the wakashu behind the back of an older male. The events are depicted without negative judgment.

Cities had their government-regulated pleasure zones, and woodblock prints of these districts show wakashu strolling the streets alongside geisha and samurai. Scenes of brothels and private interiors reveal the established mores and sex practices. Lesbianism is not seen in these images, probably because of the strong patriarchal system that did not allow women much freedom. Although male-male sex was not approved of between adults or between wakashu, it was tolerated among the actors of the kabuki theater, where cross-dressing and female impersonation were common, and perhaps somewhat surprisingly, among the samurai.

The norm, instead, was of adult men and women and wakashu youths, and traditional marriage between a woman and a man. The idea of child exploitation or age of consent did not exist in Edo Japan, perhaps because the life span at that time was much shorter, with few people living beyond their late 30s. Likewise, male-female marriage occurred at a much earlier age than today. Because of these cultural differences, sociologists caution us from comparing our present day norms to those of another era.

The arrival of the West

The Edo period ended when Commodore Matthew Perry, representing the United States, sailed into Edo Bay on July 8, 1853. Forced by “gunboat diplomacy” to open its world to the West, by the 1860s Japan had adapted to the new political reality, and was eagerly importing the technology, fashions, and cultural practices of the Christian West. With this upheaval the wakashu disappeared, replaced by a less open, more rigid system of sexual behavior. Same-sex relations were banned in the new, modern Japan.

Today, same-sex marriage is illegal in Japan, although it was debated in the legislature in 2015. A gay subculture exists, although gay men are expected to eventually marry and bear children, fulfilling their social duties. Nevertheless, many continue to live their gay lives discreetly. 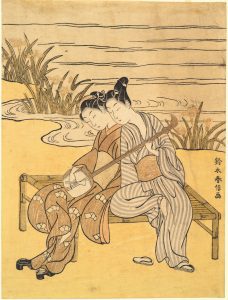 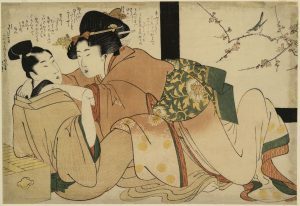 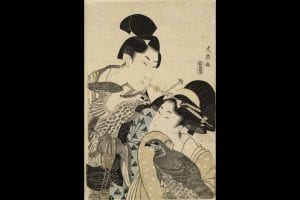 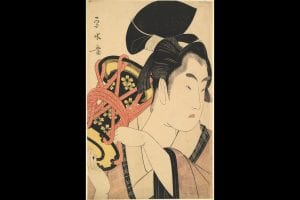 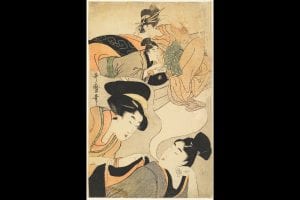 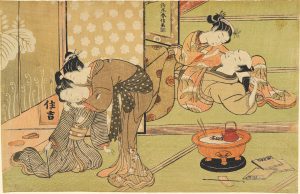