Society is a maze, complex in its connections. Mama once solved a murder, and got me kicked out of the Air Force. Parts of a man’s body were found scattered between Roswell and Carlsbad, New Mexico. Mama, secretary to the Roswell coroner, saw x-rays of the man’s skull. From years in restaurants, she identified certain indentations as being from the worm-gear of an institutional potato-mashing machine. The killer turned out to be the cook at a Roswell hotel. His victim had threatened to reveal their gay liaison. Mama’s admirer, Police Chief Tommy Thompson, told her, “Jo, you broke the case!” His investigation disclosed that the men’s room at the hotel was a gay rendezvous. Airmen from the local base were then entrapped there. One had a love-poem from me folded in his wallet. I was in basic training at Lackland Air Force Base in San Antonio, Texas, and loving it.

At Lackland, I was ordered to report to a curiously isolated hut. An intelligent, embarrassed captain named Coffee tried to pump me for info on Roswell’s homosexual “ring.” I denied that I or anyone he named was gay. He told me we’d all be thrown out anyway — suspicion was enough. I didn’t want out. Because of my high scores on aptitude tests, the Air Force planned to send me to Syracuse University to learn Russian and Chinese so I could become a translator (for which I substituted “glamorous spy”).

I reasoned with Coffee. The official excuse for expelling homosexuals was that we were subject to blackmail. I offered to use his phone to call my mother, the President, anybody, and tell them I was gay. He sagged at his desk. If he let me remain in, he said, mothers nationwide would write their congressmen to protest their boys being intimate with inverts. That, he confessed, was the only real reason for boycotting us. He showed me a file-cabinet, too stuffed to close — the records of the hapless gays he was discharging that month alone. He said he knew we were no threat; the military was full of gays, for whom it offered ideal career conditions. But there was nothing to be done.

I grinned at the irony of it all. I had enlisted only to be in the same branch of the service as the boy who’d kept my poem when he ditched me for a captain with a Cadillac.

I was sent back to my barracks, where I was the star trainee, with the fewest demerits. Everyone asked why I had been called in. I flippantly said that I was to be the first man on the moon. The resultant rumor spread for weeks. The next day, I was taken to a big, busy office where some officer grilled me in a style copied from TV cops. When I realized what he was getting at, I told him that I’d done this yesterday. “Damn!” he cried dramatically, striking his desk with his palm, “Take this man away! Coffee’s already broken the case!” I grinned to be considered a desirable “break” for someone’s career.

I was sent to the far edge of the base, where ramshackle barracks lined two sides of a neglected lawn. On one side of the gray grass, five barracks were chock-full of less-disgraceful dischargees — the underage, the incapable, the bed-wetters. On my side of the sward, all barracks were empty but one. On its upper floor, I and several other gay rejects had cots spaced ten feet apart and raised on blocks to keep us from conjoining. No danger of that. The others were scared teenagers (I was already twenty-three). Two were straight. One had claimed to be gay to get out, and was terrified to be housed with us. The other had been blown once by a businessman back home, had in fact joined the service to evade the man’s subsequent attentions. The bitter businessman had informed the authorities that they had a queer in the corps. That boy wept after “lights out.”

Actually we had no “lights out.” Bulbs were kept burning night and day, and a guard was posted to ensure we didn’t tiptoe to each other’s tulips. The guards were “untrainables” from the floor below us, guys with criminal records, and goons too violent or too stupid to be subordinate. Every night when their lights went out, we’d lie listening to them fight below. At dawn, broken beds and bodies were carried out.

My discharge took eight weeks. There was no rush on pansies’ paperwork. In a central hut, bored clerks with rubber stamps labored to spew losers from the other side of the sward back into the system. We perverts were allowed no contact with anyone besides each other and the hateful guards who marched us to and from meals — at times when there was no one else in the mess-hall to be tainted.

We had no duties, and no recreation. I mistakenly assumed that all gay men were bright and sophisticated, and jokingly told my dorm-buddies that I was really an agent of the O.S.I. (the dread “Office of Special Investigations” whose duties included queer-catching), sent to drain information from them about the worldwide homosexual network. The poor things believed me, even though I frantically explained that it was a joke. They wouldn’t talk to me, or to each other in my hearing.

I asked to see the sagging sergeant who ran “Headquarters Squadron” or “Hedron” (as the establishment was named to prevent other trainees from learning what it was and raiding it to dismember perverts). I told him that I felt wasted, and begged to clerk for him. With threats that if I told anyone he was allowing me to mingle with real men, he’d, he’d, well, he’d do something, he allowed me to speed up his procedures. I think he had heard the rumor that I had been meant to be the first man on the moon, and was somewhat awed.

Soon he was letting me out on my “own recognizance” to go to base movies such as Sons and Lovers, Midnight Lace, and The Crowded Sky (in which everyone but Rhonda Fleming seemed to be wearing blue contact lenses to make their eyes flash like those of then-new-and-hot Paul Newman). I also got to go to the post library, where I immersed myself in the pristine, precious poems of Elinor Wylie. (The world is untroubled / And purey designed. / Its beauty is doubled / By a noble mind.)

One co-worker was an educated man, being thrown out as a “fraudulent enlistee.” He was married, which flyboys were not supposed to be. He had to stay with the animalistic untrainables beneath us homosexuals. Every night when the lights went out, he pulled his bed to the wall and hid behind it while his floormates threw theirs at each other. He tried to condescend to me with remarks like, “Many homosexuals are intelligent and well-read.” I trounced him with quotes and cross-references when he tried to one-up me with his Ivy League literacy. That didn’t keep me from making the mistake of later falling for a Yalie in New York, but that’s another story.

A Lesbian painter whom I’d met in San Antonio came to visit me on the base, to which she had access because her unsuspecting husband was a corporal stationed there. Not an extremely lovely woman, shed herself up with bleached bouffant hair, copious make-up, skin-tight Capri pants, and striped sweaters stretched by falsies to make herself look much as Ann-Margret later looked. My fellow clerks were wowed. They suggested I sue for a hearing to be allowed to remain in the service, with “that beautiful woman” testifying for me. I told her they thought she was gorgeous, and she said, “Men can’t see past make-up.” They were equally entranced by her red convertible, which seemed part and parcel of their fantasies about her. Unfortunately, she decided to be in love with me, and I had to ask her to stop dropping by. Alas, she had already told her hick husband “everything,” which resulted only in breaking his simple heart and leading him by some personal logic to become a fag-basher.

Eventually, I was let go, regretting nothing much but the novel I’d been writing about Tab Hunter (“Kip Savage” in the book) being drafted, which the Air Police confiscated from my foot-locker and never returned, despite a year of letters from me begging for it. I was told they needed it for “evidence.” I had to grin. After being mustered out, I went into San Antonio to the Novarro Bar to find a drag-queen I’d slept with on my weekend furloughs before my dismissal process began. He/she didn’t want anything to do with me; it had been the uniform. I had to grin again. When I returned to Roswell and learned that Mama had been the instrument of my deliverance/disgrace (which she never knew), and that it was part of a triumph for her, I settled into a permanent rigorous grin, full to overflowing with wry, ironic, hard-won knowledge, like the anti-hero at the beginning of any film noir. 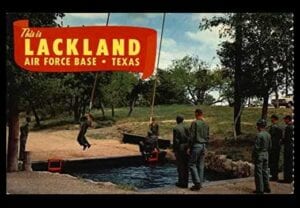 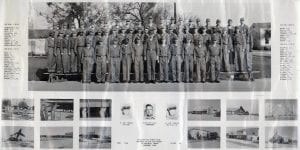 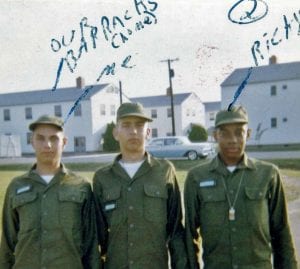 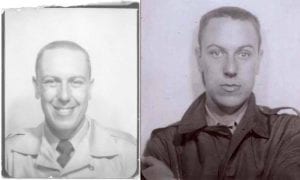 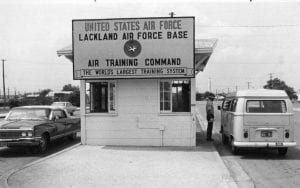 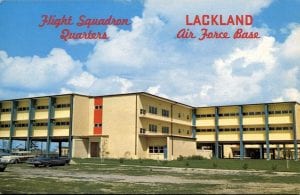 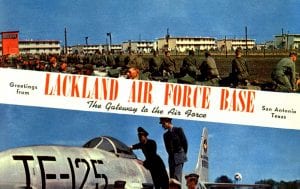 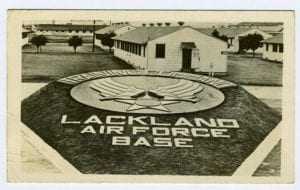