On May 24, 2017, Taiwan’s constitutional court declared that same-sex couples have the right to legally marry, the first such ruling in Asia. The ruling sparked celebration by activists, who had been campaigning for the right for years.

The court, known as the Judicial Yuan, said current marriage laws were “in violation of both the people’s freedom of marriage . . . and the people’s right to equality,” and it stipulated that a law allowing same-sex marriage had to be enacted by May 2019. If legislators did not act in that time, the existing laws prohibiting same-sex marriage would become void, and those wishing to marry may do so.

Since that ruling, however, the court’s decision has been met with strong opposition from conservative and Christian groups. In November 2018, a referendum sponsored by the Alliance for Next Generation’s Happiness was held, and Taiwanese voters upheld the anti-LGBTQ+ proposals in the referendum by wide margins. Veteran LGBTQ+ activist Chi Chia-Wei declared that the referendum’s proposals were “clearly a violation of the constitution.”

The Taiwanese government agrees, and has announced that the Constitutional Court’s ruling would still go into effect regardless of the referendum’s outcome. In March 2019, a draft bill by the Judicial Yuan was introduced into the Executive Yuan, where it currently is being reviewed and amended.

Lesbian, gay, bisexual, and transgender rights activists have held high hopes that their years of campaigning for same-sex marriage will eventually result in a legal victory. At the time of the initial ruling, hundreds of supporters of same-sex marriage gathered in the street next to the island’s parliament to celebrate the decision, holding colorful umbrellas to ward off a drizzle.

“This ruling has made me very happy,” said Chi Chia-wei, who had petitioned the court to take up the issue.

Victoria Hsu, the lead lawyer supporting Chi’s case, said the ruling made clear that same-sex couples had the same marriage rights as opposite-sex couples. Hsu said, “This is a clear victory for equal rights in marriage, and it is also a victory for all the people.”

“Sexual orientation is an immutable characteristic that is resistant to change,” the court said in its ruling. “Furthermore, the freedom of marriage for two persons of the same sex, once legally recognized, will constitute the collective basis, together with opposite-sex marriage, for a stable society.”

A first in Asia

The Democratic Progressive Party that swept national elections in the self-ruled island in 2016 supported the change, and the marriage ruling is a first in Asia, where socially conservative attitudes largely hold sway.

Although China regards Taiwan as a renegade province, the country has a reputation as a beacon of liberalism in the region, and has a celebrated annual gay pride parade that showcases the vibrancy of its lesbian, gay, bisexual, and transgender community for the world. 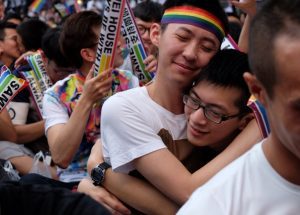 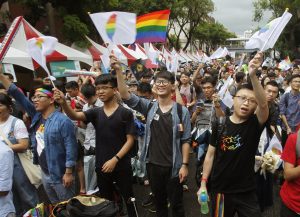 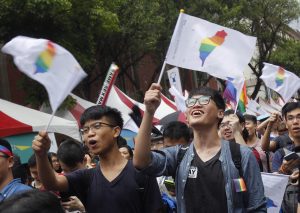 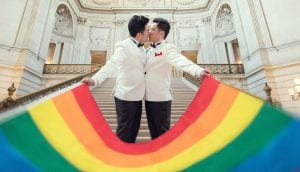 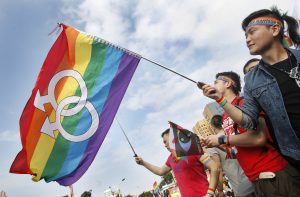 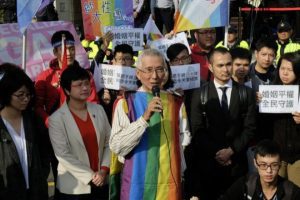 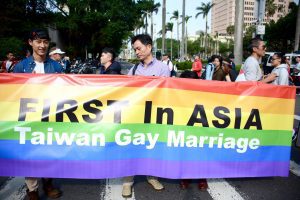 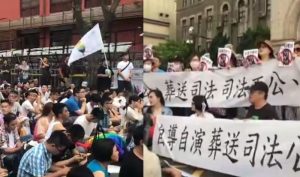 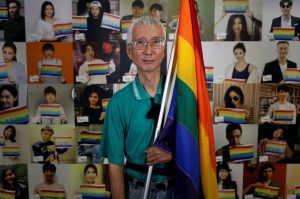 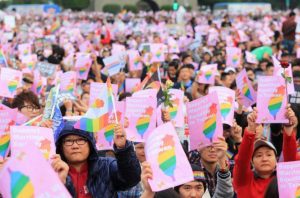 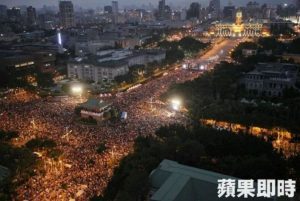 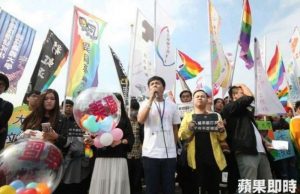 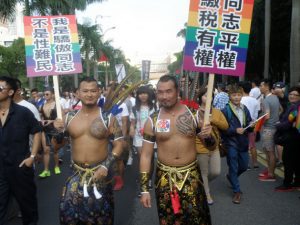